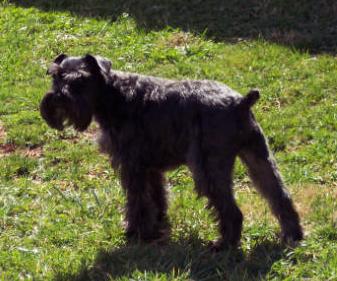 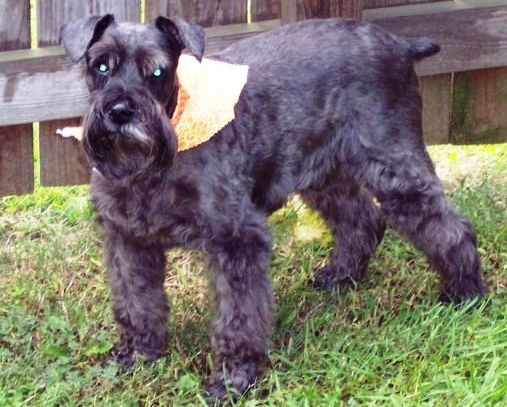 Mikey was one of a few pets we have owned, but there was something very special about him.
He was, no doubt, the happiest and proudest little fella I have seen.  He always appeared
to be so happy just to be alive.  The day after Thanksgiving 2006, he had to have a
disc removed from his back.  He was a trooper through the whole ordeal.
Had to carry him out every hour 24 / 7 for about 6 weeks then support him with a sling
for another 2 months until he could walk safely on his own.  He never fully recovered from
that although I never heard him whimper once.  He developed another disc problem in
his neck along with some heart and lung problems.  There was no chance after that
and he was in extreme pain.  We will miss him very very much.
A friend sent the below and it is so special.

Just this side of heaven is a place called Rainbow Bridge.

When an animal dies that has been especially close to someone here, that pet goes
to Rainbow Bridge. There are meadows and hills for all of our special friends so they
can run and play together. There is plenty of food, water and sunshine, and our
friends are warm and comfortable.

All the animals who had been ill and old are restored to health and vigor. Those
who were hurt or maimed are made whole and strong again, just as we remember
them in our dreams of days and times gone by. The animals are happy and content,
except for one small thing; they each miss someone very special to them, who had
to be left behind.

They all run and play together, but the day comes when one suddenly stops and
looks into the distance. His bright eyes are intent. His eager body quivers.
Suddenly he begins to run from the group, flying over the green grass, his
legs carrying him faster and faster.

YOU have been spotted, and when you and your special friend finally meet,
you cling together in joyous reunion, never to be parted again. The happy
kisses rain upon your face; your hands again caress the beloved head, and
you look once more into the trusting eyes of your pet, so long gone from
your life but never absent from your heart.

Then you cross Rainbow Bridge together....